Safe women symbol of safe society. Goddess Durga Lies In Every Woman. She Deserves the Respect.

The Power Of Goddess Durga Lies In Every Woman. She Deserves the Respect.

In these nine days, Goddess Shakti is worshiped in her nine different forms for knowledge, richness, prosperity as well as auspiciousness. In all, we can state that Navratri is the celebration of woman power, which is what makes life possible on earth.

Are the women really safe and empowered?

It’s no less than an irony of sort that the Indian culture which gives utmost importance to the Goddess, fails to show tolerance and respect towards women in the society. Every year we celebrate the festival of Navratri singing praises to the mighty Goddess Durga. We offer prayers before the Goddess of wealth Lakshmi, praying for prosperity; we seek knowledge from Goddess Saraswati but when it comes to the women in our lives, we seldom show the needed gratitude.

Since ages we have been talking about empowerment and safety of women. However, these are just talks. As the ongoing crimes against women are proof that our mindset is still the same and this hypocrisy is here to stay. No matter in which part of the country we go, crime against women echoes from every corner. Despite the various laws made to protect the dignity of women, they are still playing weak victims in the hands of some immoral bunch of people.

Crime Against Women: How is responsible! What’s about Community?

Let’s Come together change is possible provided we all make a cumulative effort for the same. Enlighten our minds and heart with purity of thoughts. We must make an effort to spread awareness about women rights and equality. Safe women symbol of safe society. Every change begins with us, and if we aim at protecting the women around us then no one can dare to harm their sanctity. We don’t need arms or ammunition to fight out these perverts. Raising your voice is enough to scare them away.

MESSAGE org. reached the celebration place of Durga Pooja and Navratra Pandal to interact with community. Convener purniima ,while addressing the community said that if we really want to worship thee Goddess, we have to respect our daughters, sisters, mothers and wife at home, without which it is not possible to please God or Goddess.

Purnima koul requested people on behalf of Message Org. to please respect girls and give them a free environment, where they can moove safely. She said let the girls fly high in the sky to fulfil their dreams of serving the nation equally.
The real Pooja will be performed only when we give them safety and free world.

Don’t just be a mute spectator to the injustice happening to a woman around. One voice can bring in many voices together. And once we use the power of standing united against the evil, it will have to perish. 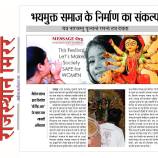 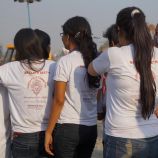 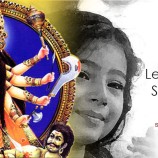 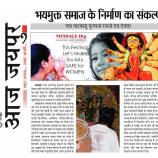 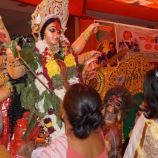 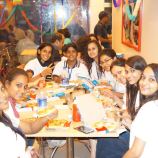 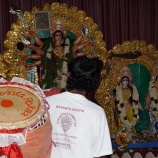 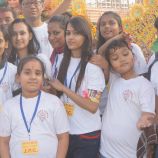 9 thoughts on “Safe women symbol of safe society. Goddess Durga Lies In Every Woman. She Deserves the Respect.”

This site uses Akismet to reduce spam. Learn how your comment data is processed.